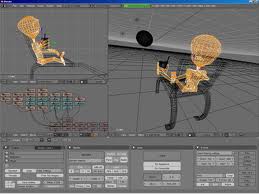 Blender is the free and open source 3D creation suite. It supports the entirety of the 3D pipeline—modeling, rigging, animation, simulation, rendering, compositing and motion tracking, even video editing and game creation.

INKSCAPE is professional quality vector graphics software which runs on      Windows, Mac OS X and GNU/Linux. It is used by design professionals and  hobbyists worldwide, for creating a wide variety of graphics such as illustrations, icons, logos, diagrams, maps and web graphics. Inkscape uses the W3C open standard SVG (Scalable Vector Graphics) as its native format, and is free and open-source software. 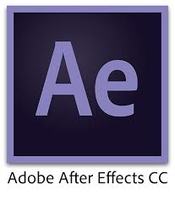 ​Make a big scene bigger.Create cinematic film titles, intros and transitions. Start a fire or make it rain. Animate a logo or character. With After Effects CC, the industry-standard motion graphics and visual effects software, you can take any idea and make it move.

About Us The freeSFX.co.uk concept and site is totally the brainchild of Alan McKinney of McKinney Sound.

He made contact with many professional sound and music companies and individuals around the world to ask for free contributions to the site – so that the sounds could be made available to audio enthusiasts and production companies alike. Everyone who has contributed to the site has agreed to the freeSFX.co.uk license agreement and philosophy: these sounds are available for anyone to use in their productions.

What do the folks who contribute to freeSFX.co.uk get out of it? Besides the warm fuzzy feeling of making producers around the world very happy – they get exposure. From the larger companies to the freelance sound designers and composers – everyone who contributes to the site has the chance to attract a following through their own profile on the site.

We hope that the site and its philosophy have helped you, either as a downloader of the free sounds or as a contributor to the site’s content. Or maybe even both!

For more information about the site and how it works, visit our FAQ page or email us at hello@freesfx.co.uk.

As the host of over 100 tutorials and creator of title sequences for TV’s Fringe and the film Star Trek, Andrew has participated in many forms of production from visual effects artist, to directing commercials and promos. His website Video Copilot has been a progressive force in the visual effects industry with his upbeat training style and innovative plug-ins.
You can find lots of free stuff here if you look

Detonation Films is dedicated to putting the fun back in filmmaking by establishing a new paradigm between digital media and online entertainment.
And also by blowing stuff up.

If you sign up you get regular free stuff

SoundBible.com offers thousands of free sound effects, sound clips, and straight up sounds. These sounds can be used in a variety of sound projects including Video Sound Scores, Movie Scoring, Game Design, Powerpoint Presentations, Prank Calls, Sound Boards, and the list goes on. SoundBible.com is a great source for copyright free sounds. 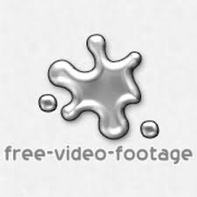 In this site we give you free pre-keyed effects for your films.  In this site all of the pre-keyed video is downloadable and free.  You don't need to buy any more pre-keyed effects any more.  I hope that you enjoy our site.  Please support us by donating to us and please write your comments.  Also, please check my other website i made which is "www.megaalphaomega.com".   Thank you for your support.