Making a one minute movie offers the amateur or amateur  group a wonderful opportunity to experience all the elements of making a movie and have fun entering the finished film in hundreds of " One Minute" festivals world wide.  The BBC have created a fantastic "Howto" page,follow it and have, most importantly fun.
This was created many years ago by the BBC so some of the links do not work but the information is all you need.  Tony 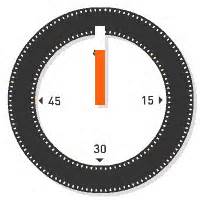 BBC TOP TIPS
How to... Story
What your film can be about

1. Don't try and cram too much into your 60 seconds! More

2. Be careful of making a genre film. More

3. Three-act Structure. Sounds scary. It isn't. What this means is give your story a beginning, middle, and end. Easy. More

4. Use what's around you. Work in an office? Set your story in the office (but ask the boss first!). More

5. You don't have to tell a story. A well constructed sequence of images can make for a fascinating film. More

How to... Direct
Simple camera tips and being organised...

1. Use a tripod. Keeping your camera steady will improve your film no end. Show me more

2. Don't zoom in and out too much. It may be tempting to play with the features on your camera but unless you really know your stuff, it'll look awful. More

3. Make sure the light is good. Hollywood became the filmmaking capital of the world because the abundance of natural sunlight was all filmmakers had as high-powered lights had yet to be invented. More

4. Storyboard your film. It will be much easier to direct and edit your film if you storyboard it in advance. More

5. Change your perspective. Experiment with shooting the same scene from different angles and distances. More

How to... Edit
Shaping your film, putting scenes together...

1. Check your computer - it may already have video editing software installed, such as Movie Maker with Windows XP or iMovie on a Mac. if not, you can download trial software for free, or buy one of the many packages available. More

2. Be organised. Keep a record of your shots while directing or work from a storyboard. It will help you put your film together more easily. More

3. You're not making an MTV video so don't cut from scene to scene every other second - it looks awful. More

4. Experiment when editing to see what type of cuts work best with your film. More

5. Remember continuity when editing. Things like light can change between scenes and when you put two scenes together, they'll look different. More

1. Don't shoot anywhere with lots of natural noise if you plan to have actors speaking. Your microphone will only pick-up background noise. More

2. If you can, use a separate microphone. More

3. Make your own soundtrack. Some mobile phones let you create your own music or record sounds. Some computers have built-in sound effects and recorders. More

4. Add sound effects while editing your film. You can download free sounds on the internet. More

5. Remember copyright! You can't use songs or music that don't belong to you (and it's against One-Minute Movies rules). More

You can see hundreds of one minute films or clips on You Tube.
It just shows you how much can happen in a minute.
Click on the image and you are there. 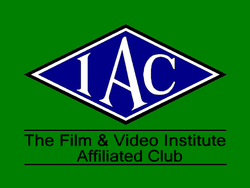 _It is best to think of this as a general promotion site for one-minute movies which includes various competitions and festivals. Based in the Netherlands, its aim is to promote the sixty-second art-form and to get examples onto regional television around the world and on the internet. Over 100 countries and 10,000 videos are now involved. One level of its work is directed towards broadcast quality videos and so it seeks 16:9 HD movies. But there are many competitions with different technical standards including a junior one for film makers between 12 and 20 years old.

FILMINUTE is the international one-minute film festival that challenges filmmakers, writers, animators, artists,designers, and creative producers to develop and submit t_he world's best one-minute films. _
WHAT MAKES A GREAT ONE-MINUTE FILM? The best one-minute films resonate beyond one minute and affect audiences the same way any great film does. The challenge, of course, is to do it all in 60 seconds - no more, no less.